The Bureau of Land Management was once so dominated by resource extraction that favorite son Edward Abbey dubbed it the “Bureau of Livestock and Mines.” But in the 21st century the BLM has undertaken a new vision of conservation with the creation of the National Conservation Lands. Redrock canyons, high deserts, long vistas, archeological treasures – these lands are some of the most iconic of the American West.

Of course, the lands were always in the agency’s purview, but a new mission to "conserve, protect, and restore these nationally significant landscapes that have outstanding cultural, ecological, and scientific values for the benefit of current and future generations" has transformed the way the agency is perceived. The way that mission came about is worth reviewing.

According to former Interior Secretary Bruce Babbitt, in 1993 he visited lands in California that were part of proposed legislation that would transfer a million acres of desert lands from the Bureau of Land Management to the Park Service. At the time, the BLM was not well known for its conservation culture. Babbitt was joined on his California tour by the BLM’s State Director Ed Hastey, who opposed the transfer. He told Babbitt that, “With a clear conservation mandate, BLM can manage this desert as well or better than anyone else.”*

Ultimately, the California Desert bill was passed and the transfer took place, but Hastey’s words had planted a seed. Babbitt later wrote that Hastey had a point. “How can you expect the BLM, with the largest land base of all, to get serious about conservation if you continually transfer its “crown jewels” to other agencies? 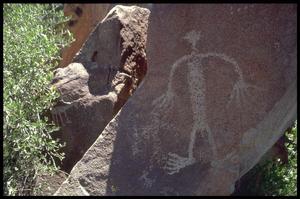 In the years remaining under Babbitt’s guidance, the BLM got its mandate for conservation, and America got a whole new conservation system. It came in the form of 22 new or expanded national monuments designated by presidential proclamation under the Antiquities Act.

During those years, bi-partisan efforts in Congress also added wilderness, wild and scenic rivers, conservation areas and national trails to the BLM, all of it ultimately to become the National Lands Conservation System and now numbering approximately 28 million acres.

Stewardship of the Conservation Lands

As you would expect, a number of Friends groups have jumped in to help with National Conservation Lands. Their work is critically important. According to the Conservation Lands Foundation, which focuses on the BLM’s Conservation Lands, these lands receive only $65 million a year for their protection and management—a paltry $2.40 per acre, compared to $30.56 per acre spent on National Parks.

Volunteers run gift shops, greet visitors, offer interpretive programs (both formal and informal), conduct inventories, do trail work and assist with weed removal and maintenance. In 2012 (the most recent year for which the agency has figures) volunteers posted nearly half a million hours of work on National Conservation Lands and 1.3 million hours across all BLM lands. 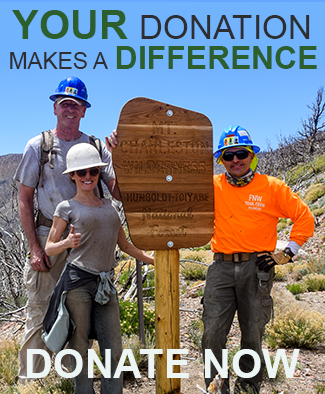